Amphibians such as newts, frogs, toads are animals which have lungs and live on land for part of their lives but return to water each year to lay their eggs. Amphibians have two distinct phases of growth. The juvenile or "tadpole" phase is dependent on water, whereas the adult is land-living. The transition from tadpole to adult involves a complete reorganisation or metamorphosis of the body form.

The newt tadpole looks more like the adult form, unlike frog or toad juveniles which do not. It has frilly gills which are kept throughout the tadpole stage but reabsorbed during metamorphosis. The fin on the tail is also reabsorbed and there are slight changes in the shape of the head and body. Adult newts have elongated bodies, well-developed tails and short slender legs for crawling. During the breeding season the males develop crests and flaps of skin on the hind toes, and brightly coloured skin on their underparts.

There are three species of newt native to the British Isles: the great crested newt, the smooth or common newt and the palmate newt. Britain has 3-4% of their global populations. 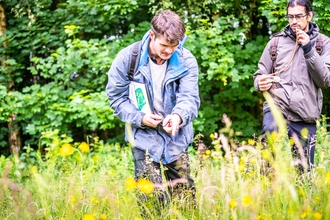 Submit your local wildlife sightings and help Ecorecord to map and monitor the state of our region's biodiversity. 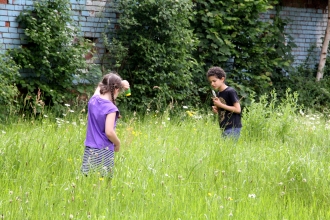 The way our gardens are managed can make a big difference to wildlife. Hedgehogs, sparrows, song thrushes and stag beetles are all…