Between Friday 30th April and Monday 3rd May, over 9,278 wildlife observations were made across Birmingham and the Black Country for the 2021 City Nature Challenge - more than any other UK city area!  The city with the most overall observations was Cape Town, South Africa with 71,441 observations.

This year more people than ever took part in the global citizen science challenge with 1,200,000 wildlife observations made worldwide across 419 city areas.  The entry was led by The Wildlife Trust for Birmingham and the Black Country, EcoRecord and Birmingham Museums Trust.  200 volunteers helped to record 914 different species of wildlife across Birmingham and the Black Country and 345 people helped to identify what was found.

Birmingham and the Black Country ranked 4th in Europe for number of species recorded, behind Graz, Prague and Moscow and 31st in the world, for the second year running, just behind Kuala Lumpur.

Brighton and Eastern Downs managed to record the most species of any UK area (1,070).  More information on the league table can be found here: www.inaturalist.org/projects/city-nature-challenge-2021

The top five observed species across Birmingham and the Black Country were Robin, Blackbird, Wood pigeon, Dandelion and Stinging nettle.

Across Birmingham and the Black Country 532 species of plant were spotted, with the most recorded species including Dandelion, Common Nettle and Cow Parsley.  Other well-recorded plants included native woodland wildflowers such as Bluebell, Wild Garlic, Primrose and Wood Anemone as well as lots of early meadow species such as Cuckoo-flower and Cowslip.  Rarer plant records included Green-winged Orchid and Toothwort.

Birds were also very well recorded with 95 species spotted including common garden birds as well as more interesting sightings such as Hobby, Spoonbill and Spotted Flycatcher.  And despite the cold and wet weather, recorders managed to spot hardy few hardy bees, hoverflies and other insects.  The most recorded insect was Orange-tip butterfly followed by Common Carder Bee and Hairy-footed Flower-bee.

The iNaturalist app can be used all year round and all records are submitted to EcoRecord, the Local Biodiversity Records Centre who work closely with The Wildlife Trust for Birmingham and the Black Country to plan for nature’s recovery.  Simply take a photo of any wild plant or animal and upload it to the app where the species-recognition software helps with identification.  Any wildlife counts including birds, mammals, insects, trees, flowers, amphibians, reptiles, fungi, moss and lichen.

Andy Slater, Biodiversity Information Officer, EcoRecord said: “We were delighted that so many people took part this year despite the challenges of the British spring weather!  All the records submitted through the City Nature Challenge are incredibly valuable in shaping our plans for nature’s recovery and we need residents to keep recording wildlife all year round.”

We look forward to taking part in the 2022 City Nature Challenge! 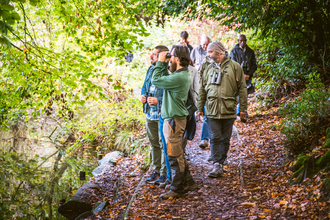 Join us as a member to protect the wild spaces of Birmingham, Dudley, Sandwell, Walsall and Wolverhampton 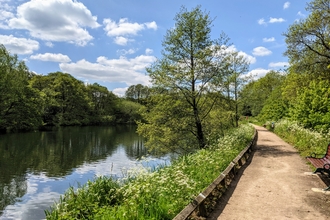 We own and look after nature reserves using evidence based methods to increase biodiversity and create wildlife havens. 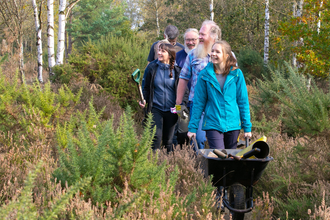 Click to donate and support our work across Birmingham, Dudley, Sandwell, Walsall and Wolverhampton