As we look forward to celebrating our 40 year anniversary in 2020, we are aware of the massive challenge to reverse wildlife decline in the next 40 years. Climate change, intensive agriculture and deforestation are all playing a part in the well documented decline of species.

Wildlife is in Trouble
56% of all UK species are in decline and precious habitats such as wildflower meadows have been nearly wiped out with only 3% of those we had in the 1930s remaining. Locally, threatened species include otters, water voles, hedgehogs, kestrels and skylarks.

Nature’s Recovery
We believe we CAN reverse local wildlife decline. Our work is based on an Ecological Strategy built on evidence collected over 17 years of ecological survey work across Birmingham and the Black Country.

We are creating, improving and connecting habitats, like hedgerows at Woodgate Valley, meadows at Bantock Park and woodlands at Smestow Valley, as well as landscape scale projects like Salmon in the Stour, Natural Rivers and Green Corriors to improve our waterways for wildlife and decrease plastics getting into our oceans.

But we can’t do it alone
We need more funds than ever to meet the enormous challenge of reversing wildlife decline for the next 40 years.

Time is running out to protect local wildlife for future generations to enjoy. Birmingham and the Black Country itself is home to 131 threatened species.

Our work, conserving, protecting, creating, connecting and enhancing habitats is vital to the due to the depletion of meadows, hedgerows and ancient woodland resulting from the many pressures facing our urban area. This is not just impacting biodiversity in our precious landscape, it is also leading to a dramatic decline in bioabundance – the sheer volume of smaller species such as insects, so crucial to sustaining life further up the food chain. Each of our wild spaces is a community of species which rely upon each other to thrive.

Successes such as creating acres of wildflower meadow for pollinators to thrive and clearing the River Stour so salmon can migrate pale into insignificance in the face of the challenges which lie ahead. The future of our local wildlife is dependent upon the abundance of many smaller creatures, often less visible, species that each play vital roles in sustaining healthy ecosystems. Only by continuing to care for and enhancing our green spaces with these unsung heroes in mind can we ensure the survival of hedgehogs, kestrels, otters and kingfishers.

It is often the simple tasks such as regularly cutting back invasive scrub at reserves such as Moseley Bog or growing native flora like our projects at EcoPark and Centre of the Earth to be replanted into local woodlands that allow insects and spiders to expand their populations, enabling other wildlife to thrive.

The financial cost of our work is high. Our reserve and volunteer teams need the equipment and resources to undertake extensive year-round work programmes across the conurbation.

We need your help to continue this crucial work.

Help us protect precious habitat so wildlife can thrive 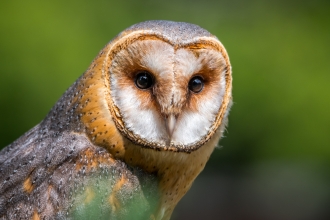 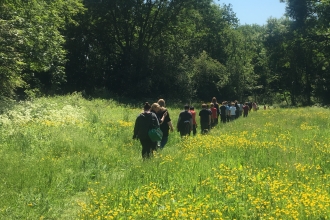 We are a local charity so much of our work relies on donations. Every donation, no matter how big or small, is welcome.

We own and look after nature reserves using evidence based methods to increase biodiversity and create wildlife havens.